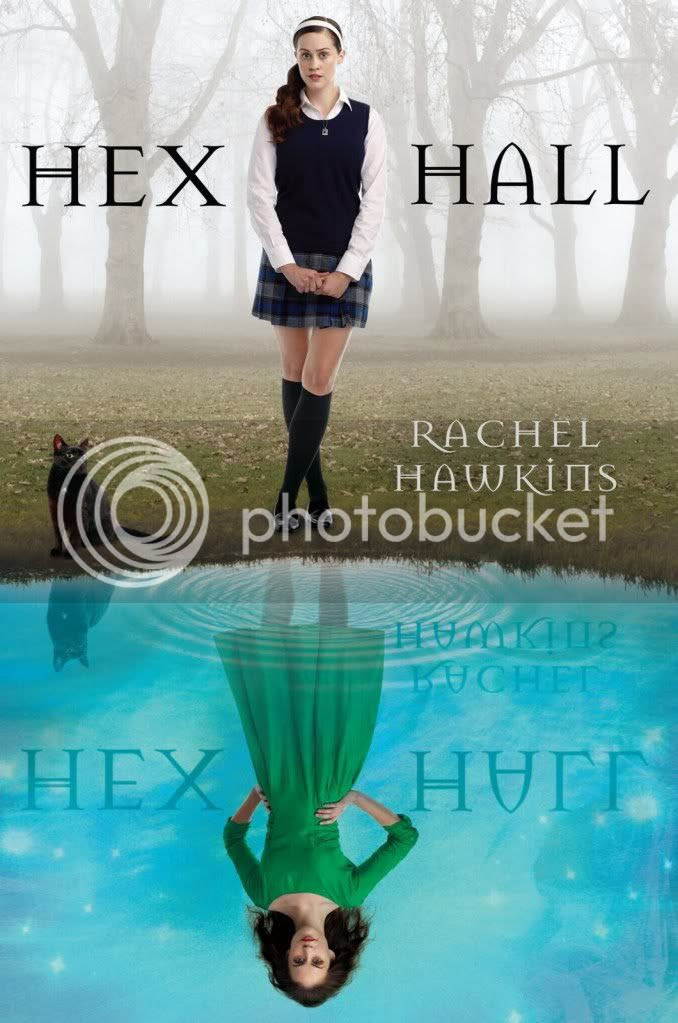 Three years ago, Sophie Mercer discovered that she was a witch. It's gotten her into a few scrapes. Her non-gifted mother has been as supportive as possible, consulting Sophie's estranged father--an elusive European warlock--only when necessary. But when Sophie attracts too much human attention for a prom-night spell gone horribly wrong, it's her dad who decides her punishment: exile to Hex Hall, an iso

lated reform school for wayward Prodigium, a.k.a. witches, faeries, and shapeshifters.
By the end of her first day among fellow freak-teens, Sophie has quite a scorecard: three powerful enemies who look like supermodels, a futile crush on a gorgeous warlock, a creepy tagalong ghost, and a new roommate who happens to be the most hated person and only vampire on campus. Worse, Sophie soon learns that a mysterious predator has been attacking students, and her only friend is the number-one suspect.

From the very start of this story I was totally in love with this story.. Sophia (Sophie) is incredibly funny and witty, and although her heart is always in the right place her magic doesn't always go to plan. My favorite line in the whole book is "bad dog" Even though Sophie has a struggle through out the book she does it in humor, I don't think I read a page without laughing! Rachel Hawkins's play on words is genius. The plot was great there are so many twists and turns that keep you guessing until the end.
Sophie's not sure who to trust, but despite rumors, she becomes fast friends with Jenna while crushing over the hottest boy in school - and gaining his girlfriend as an enemy.
When girls are attacked, everyone wants the truth. Did a coven of witches raise a demon? Are the vampires really responsible for these attacks? Jenna the vamp is automatically accused who is Sophie's only friend.. she starts to work hard to clear her name
I never saw the twist with Archer coming.. I REALLY DO HOLD OUT HOPE FOR ARCHER! I am a romantic :) 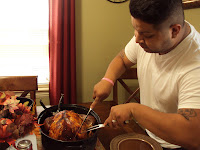 I hope everybody had a great thanksgiving I spent mine in MA with my husbands family. I like MA but its very cold it feels so much colder then NJ. Black Friday shopping we got a few bits during the day - nothing crazy like the 3am wake up call from the year before. I did try stop by toys r us for there 12am opening but there where like 600 people in line, some had small babies with them too! I honestly don't know what some people be thinking.

We ate Turkey and Pork it was super Delicious... my extra baby weight isn't going anywhere until after the holidays that's for sure lol. We also switched Christmas gifts with everybody there (sophia got her 1st dollie) since we will be in Florida this year, and not with them.. I am so excited about this years trip!! the 1st Christmas I will be spending with my bro in 6yrs! 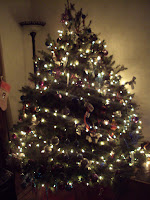 Ive already done my tree, I did it the day after thanksgiving.. I was in two minds about it since we go to FL very soon but I honestly think I love my tree more then the kids so I couldn't not put one up! It looks fabulous if i do say so myself.
HOME DEPOT have trees real cheap! (my tip of the day lol)

The kids also wrote letters to Santa we took them to Macy's and posted them in the mail box there, I encourage everybody to do it!! for every letter they get they donate a dollar to make a wish foundation.. a very good cause!

Ive also already done two trips to Santa... I'm on the ball thid year! Its hard getting the perfect picture with one baby and a toddler. 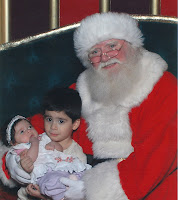 Posted by Unknown at 6:38 PM No comments: