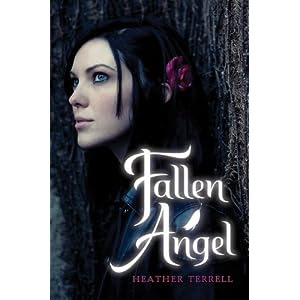 A new guy named Michael has been watching Ellie at school. It is soon revealed that he remembers Ellie from a trip their families took years ago, though Ellie has no similar recollection. But being near Michael awakens her desire to learn the truth about herself, which seems that only Michael knows. Guess what? Her recurrent dreams about flying are not dreams after all, as the two really can fly. That’s not all: both teens can read people’s thoughts, and each has developed a taste for blood. Ellie fears that they are vampires until her parents finally tell her the truth about the biblical story of fallen angels. Soon evil is following Ellie, and the teens are forced to choose which side of the ancient battle to align with.

For a debut novel its a good start, the story certainly has growth room and I will be reading the next book to see how things develop. The whole book is about Ellie and Michael finding there identity. While I like Ellie with her determination and fighting spirit, the way she suddenly changes her whole attitude to "live for Michael" is sort of a turn off for me. In places it seems a little forced.

Michael is a torn character trying to be good but cant help but mess up along the way, he is the weaker one in the relationship but there is no denying he has love for Ellie and is trying to do the right thing. However reading about his constant mess ups can be a little frustrating... grow a back bone!

I like the fact that there is parents in this book!!! yay for the perentals... and lets say they have more secrets then the kids do.

The mythology featured in discovering Ellie's nature was a highlight for me. I really enjoyed it. I'm not usually a fan of religious references but the lore was handled nicely by the author.
The book starts slow...but after the first 100 pages or so when we meet Zeke (a bad guy to fight) the book gets the direction and push it needed.