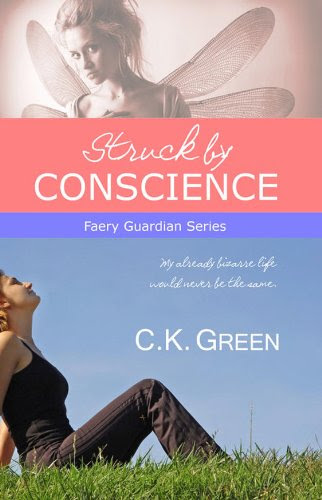 Laney is a girl who spent most of her high school life trying to be popular only to find out when she is popular she doesn't like it. Her friends are superficial and her boyfriend... well when she falls in the school pool he didn't attempt to save her because he didn't want to mess up his hear!
Laney also has a secret she has a pixie who sits on her shoulder that gives her advise.
When her world starts to take a nose dive her once best friend Heath (who she ditched to be cool) comes to her rescue.

My opinion.
Ugh first of all I felt this story was extremely high school and superficial...Although it was aimed at being YA I felt it on the younger side... I get the message it was trying to send out (a young girl making her way in the world and choosing the right path) BUT really I just felt Laney was very shallow and silly and even though she makes the right choice in the end shouldn't she have figured out that being a bitch to her one true friend was wrong?
As for the pixie element it had little depth and the story was only 40 or so pages long! I didn't think there was any quality honestly.
The only reason I got it was because it had good ratings on Good reads... well I only give it a 2 out of 5. I wasn't really impressed at all.
Posted by Unknown at 11:23 AM