So it seems to be all over the Internet that Jamie Bower has been cast as Jace!! Although it's yet to be confirmed by the movie people themselves it seems promising.
(this pic was posted on Twitter of Jamie trying out for the role)
My Opinion
I think Jamie is a talented actor who can adapt to which ever role hes playing. In the past hes been seen in:
Sweeney Todd
Harry Potter
Camelot
New Moon
Rocknrolla
I understand some fans may have had another "Jace" in mind but we should all get behind the Actors chosen and the movie making process, so it can be as successful as it can (and should!) be.
We need to put our faith in the guys making the movie.
Congrats to Jamie and I hope he does the TMI books, fans and Cassie Clare proud.
Posted by Unknown at 8:50 PM No comments:

My mom and Social networking

My mother is on Facebook shes all up to date with the social media thing. Since we live in two different countries its the best way to keep in contact with one another, post pics, video's etc.
Well here is the thing you always have to be careful of what you write with your mother as a friend! LOL No matter how old you are your still young enough to be told off by your mum for using the wrong word.

My brother did not have this issue as he refused to add her as a friend! LOL His reasoning was "mum I don't say anything wrong but I can not control my friends who go on my page and say things you might not like" His argument had value.
I've lost count of the number of times my mother has brought up the subject of what a friend of mines has said....my response being mum its just a website don't pay mind to people.

But for months shes complained about how unfair it is that my brother will not add her as a friend!! I find it very amusing because I think she would approach this subject every time he would visit until I really think she grind him down.

So now the brother added the mother.... and guess what?!

My response
Sometimes the grass isn't always greener after all LOL.

Although I do agree with one point my mom made... people love to over share on that site!

The old lady tickles me that's for sure.
Posted by Unknown at 8:32 PM No comments:

Pirates Of the Caribbean

Today I took my son to see the latest in the Pirates of the Caribbean movies. When I found out Keira Knightly & Orlando Bloom wasn't going to be in it.. I began to wonder whether it would be as good as the movies before. Having said that Johnny Depp is epic so I had to give "On stranger tides" a chance. In this installment Jack is trying to find the fountain of youth...only hes not the only one. The British and the Spanish also want to get to the fountain first so its becomes a race.

Captain Jack is still true to form hes witty and fun and his comical self. Penelope Cruz plays one of Jacks ex women. I really liked her and the character she plays is feisty and sexy, the chemistry was right and she seemed to fit in very well.  I didn't miss the old characters at all and enjoyed the movie a lot!

Living away from home!

I love living here but sometimes you just miss home comforts that are not the same anywhere else but England!...so I've decided to share a few of those with my blog :) 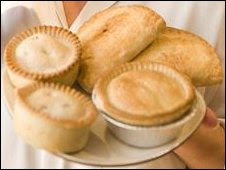 Pies! yes England is famous for there pies and nobody makes them better then Hollands

The most yummiest potato chips in the woooorld (crisps!)

Honestly we get given this juice since birth LOL 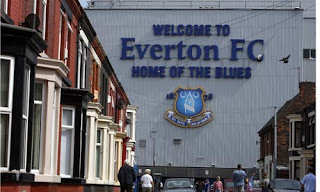 My city of Liverpool

And nothing would be complete with out a little chocolate! lol
Posted by Unknown at 8:43 PM 1 comment:

I want to give a shout out to a local business!! It's my favorite place for candle shopping.... Its called Things that make scents. click here to visit online.

Don't worry if you are in a different state they ship :)

I used to spend a lot of money at Yankee candle only to wonder why, because later I honestly wasn't always that impressed with the quality. Until my friend recommended this company it was a black Friday and she had been to the sale they had held and bought me a candle as a gift... ever since then I've been completely sold.
The candles at Things that make scents are soy! and I really do believe it makes all the difference, the candles are hand poured and smell fabulous as well as burn longer..So you get more for your $$ right there. 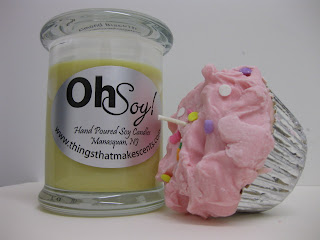 There website often offers special deals, discounts and give aways.. and the personal way they handle there customer service is second to none.. I am so impressed. So next time your shopping for candles REMEMBER THEM. 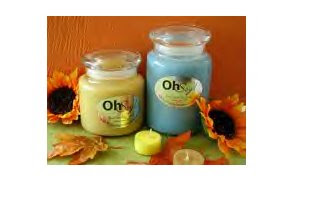 Posted by Unknown at 9:13 PM No comments:

Email ThisBlogThis!Share to TwitterShare to FacebookShare to Pinterest
Labels: things that make scents

This is a touchy subject for most parents but I have asked myself this question over and over today...

When should a parent be blamed for Neglect of a child, instead of just saying well it was an accident?

We all know children will fall off there bike, have scraped knees and so on..but I think there is a line in which somebody needs to take responsibility.

Today my sons 4yr old friend tried to cross the road and nearly got hit by a heavy load work truck...now if he would of been hit then it would of been an "accident" BUT that got me thinking... His mother was home all day so isn't it her responsibility to make sure the child is ok? I mean seriously who lets a 4yr old wonder off by himself? If you are going to let him play outside should you not check on him? hes FOUR! I just find it so irresponsible. I am more the certain if the child would of been hit then the mom would of had a lot to say to the driver of the truck thats for sure.
Posted by Unknown at 8:18 PM No comments:

Email ThisBlogThis!Share to TwitterShare to FacebookShare to Pinterest
Labels: neglect Posted by Unknown at 9:33 PM No comments:

Cassel is from a family of curse workers, curse workers can altar you by touch. They can change your memory, luck, emotion they can transform you or even cause death. Cassel believes he doesn't have these gifts like the rest of his family. Cassel believes at the age of 14 he killed his best friend, even though his memory of this event is messed up and he doesn't know why he would kill Lila when in fact he loved her. Although he believes himself not to be a curse worker he does have major conning skills so he always have a mark in mind. BUT while at school he starts to suffer sleep walking episodes and memory issues and wonders if he isn't the victim of somebody Else's con.

Catches up with Cassel and Lila back at school, Cassel is worrying about doing the right thing by her since his emotion worker mom got her hands on her to make her love Cassel. He is far from happy about this since now he doubts constantly whether the feelings she has for him are real or due to a curse.
Everybody wants a piece of him, the mobsters to use his talent and the FEDS for information as well as finding the person who murdered his brother Philip.
Can he really help the mobsters with out making himself a murderer or the Feds with out looking like a criminal... its a tough choice.

GO OUT AND BUY THESE BOOKS! I found them totally amazing I want to say my most favorite books so far this year. Since Curse work good or bad is against the law the "workers" are now mobsters from crime families who do curse work on the black market. The story is set in NJ/NY and everybody has to wear gloves 24.7 since hands are such dangerous weapons and nobody knows who has the cure or not.

Philip is a luck worker, Barron is a memory worker, Grandpa is a death worker, mom is a emotions worker.... Then there is Cassel who's trying to be a good boy while doing the occasional con LOL The odds are stacked against him for sure. He is totally lovable!

These books have it all.. mystery, romance, friendship and a little violence fabulous entertaining reading read both books in 2days

Video Book review for the Luxe Books by Anna Godbersen

Recently my Husband took my son who is four years old to work with him for a few hours.. It was National take your child to work day.
My husband works in an office of a building materials company.. its his job to take orders, work with contractors etc.
I was excited to hear what Jacob had to say about daddy's job hes at that age where he wants the world and thinks mom and dad can get it for him. So I really want to instill in him that its not always so easy and he is in fact lucky to have all the nice things he does. He came home and sat next to me on the couch and this is how the conversation went:

"Did you have fun at daddy's job?"
"Yes mommy I want a job just like daddy when I grow up!"
"Oh yea whys that?"
"Well because I can go to the office, eat happy meals, play with my batman and then Gio (The boss) will give me monies so I can buy even more toys!"

LOL so that's what my husband does all day? Well I sure hope Jacobs work ethic changes as he gets older! :)
Posted by Unknown at 9:23 AM No comments: