Halli Sanders spent two years planning the trip of a lifetime to Italy. Her itinerary did not include being stranded by her siblings, kidnapped by a sexy American movie star, dodging bullets, or fleeing criminals in a car chase around Lake Como. And that's just in the first three hours.

Trent Tomlin put his movie career on hold to investigate his brother's murder-ruled-suicide at his Italian villa. He's closing in on the suspects when an American tourist unwittingly films the murder of the retired cop helping him. The killers will stop at nothing to get the evidence--including holding Halli's family as collateral.

Thrust into the role of real-life hero, Trent finds himself falling for the Plain Jane whose beauty blossoms with every challenge they face. But how can he keep the evidence from falling into the wrong hands and get justice for his brother and friend without betraying Halli and her family?

Ok ok a movie star saving the girl next door from the bad guy, it's every woman's dream! I get it!
Didn't mean I didn't love this book any less it was awesome the characters were full of life and while the movie star plot was cliche getting to the end of the story was far from dull... Car chases, murders, corruption, cons and most important romance. This book truly had it all twists and turns on every page, I read this book in 2 days!

Halli while very set in her OCD ways for normal learns to spread her wings and even though she is always doubting herself she is far from weak. Her sarcastic nature adds humor between her and Trent when needed in a tense situation.

Trent was everything a woman wants, investigating his brothers death he swears he will help Halli and save her siblings.. A noble quality. After having Hollywood scrutinize his every move and never living up to his fathers expectations his ego has taken a hit. He is very defensive living behind his movie star characters until Halli who calls him out on his defensive technique and wants to see the real Trent.
We surly learn you can not believe everything you read in celebrity magazines.

Great summer read! The author did a wonderful job I can't wait to read more!! 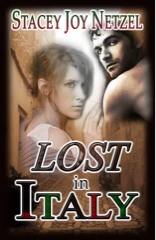 Thank you so much for the wonderful review! I'm thrilled you enjoyed the book. :)