Hidden (on the cd)
PC Cast

At last, Zoey has what she wanted: the truth is out. Neferet's evil has been exposed, and the High Council is no longer on her side -- but she's far from done wreaking havoc in the vampyre world. First, a mysterious fire ravages the stables. Then, Neferet makes a devastating move that will test them all.
With the seeds of distrust sown and Darkness breeding chaos at the House of Night, everyone must band together -- but that's proving to be more difficult than ever before. The twins are barely speaking and the House of Night's former enemy, Kalona, has now become their warrior, pushing their trust to the limit. To top it off, Zoey is pretty darn sure she might be losing her mind. She saw something when she looked at Aurox through the Seer Stone that she can hardly explain to herself, let alone her friends. Is it possible that Heath has come back in a different form? Is that why Zoey's so intrigued by Aurox, when it's so obvious that he's dangerous? And who would believe her if she told them? Zoey knows that following her instinct about Aurox might be just what they need to defeat evil . . . but if she's wrong, it could cause the destruction of those closest to her.
With the tension at a breaking point and friendships on the line, can the nerd herd come together to stop the spread of Darkness before it's too late?

Outpost (on the cd)
Ann Aguirre

Deuce’s whole world has changed. Down below, she was considered an adult. Now, topside in a town called Salvation, she’s a brat in need of training in the eyes of the townsfolk. She doesn’t fit in with the other girls: Deuce only knows how to fight.

To make matters worse, her Hunter partner, Fade, keeps Deuce at a distance. Her feelings for Fade haven’t changed, but he seems not to want her around anymore. Confused and lonely, she starts looking for a way out.

Deuce signs up to serve in the summer patrols—those who make sure the planters can work the fields without danger. It should be routine, but things have been changing on the surface, just as they did below ground. The Freaks have grown smarter. They’re watching. Waiting. Planning. The monsters don’t intend to let Salvation survive, and it may take a girl like Deuce to turn back the tide. 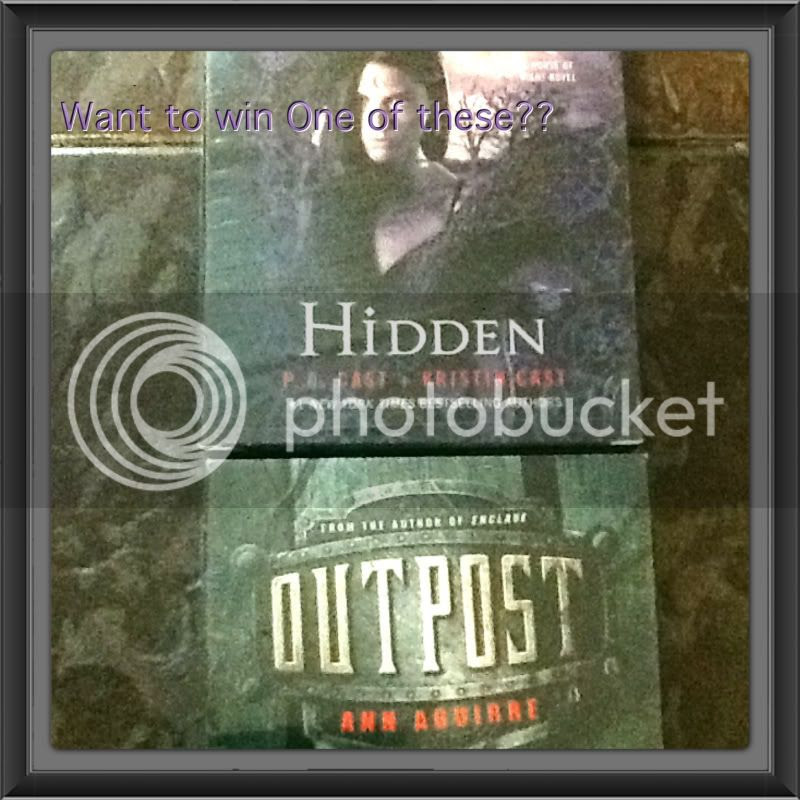 U.S & Canada residents only
Must be a follower of the blog
One winner will have the choice of ONE audio book title

Tell me what book your most excited to read in 2013!

my most anticipated book.. The Last Threshold by R. A Salvatore, comes out March 5th.

I'm looking forward to the 6th book of the Mortal Instruments!

I'm almost done re-reading the Vampire Academy books so I can read Bloodlines and Golden Lily.

Lover at last by JR Ward! (Adult)
Clockwork princess by Cassandra Clare (YA)